I met Gustav amongst the pages of a book by Gustav Doré.

In 2011, in the library of the museum of Angulem (France), during the International Comic Festival, a compendium of cartoons from 1871 caught my attention.

While trying not to lose a single detail, I was challenged by both the faces of the bourgeoise and politicians of the time… and there he was!

It was the seed, the ghost or the reincarnation of any given soldier. The character accompanied me on my return trip and allowed me to mould it little by little.

I wanted to get a ‘recorded’ effect, in the manner of Goya and Rembrandt. I experimented with pen and really connected with the resulting romantic finish.

During the development I immersed myself in the nebulae, spirit, sensibility and temperament of painters like William Turner or Friedrich. 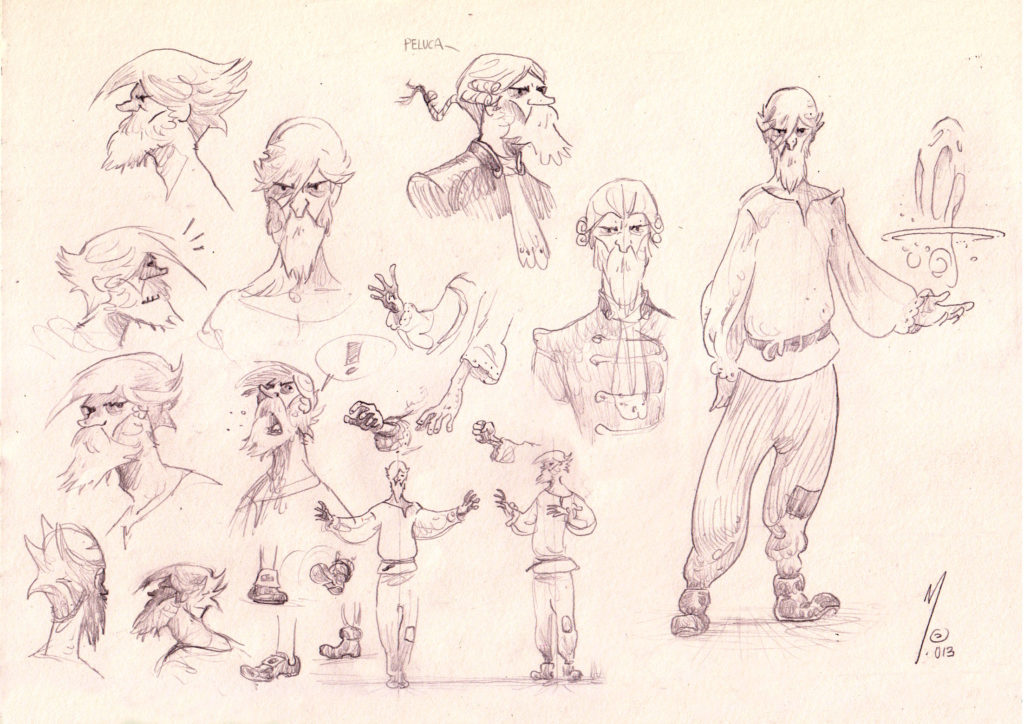 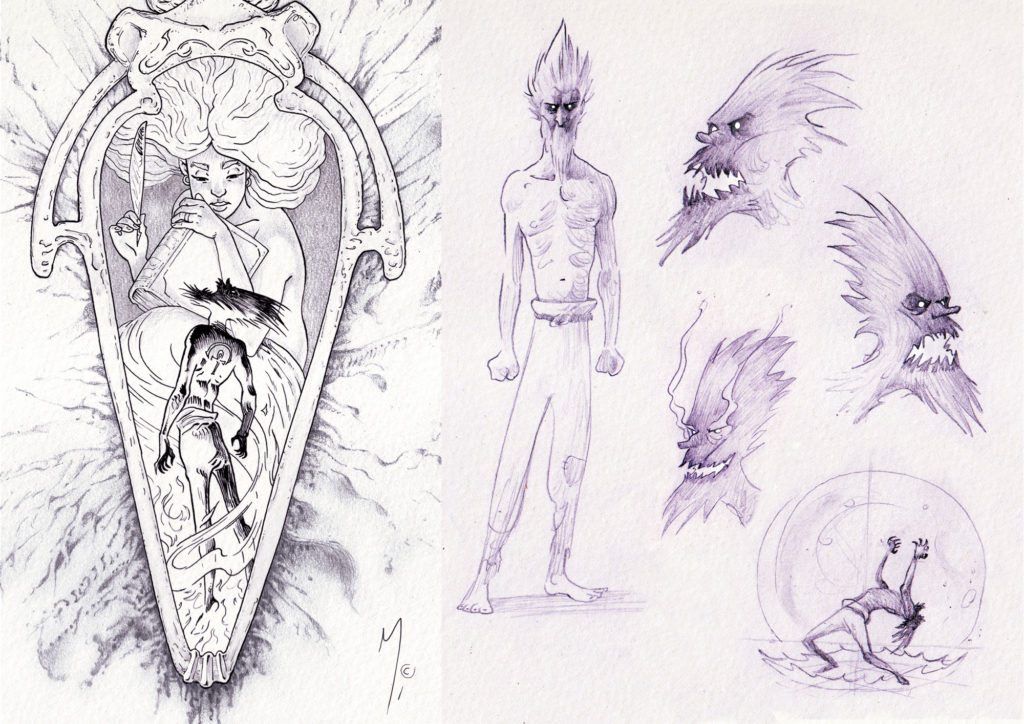 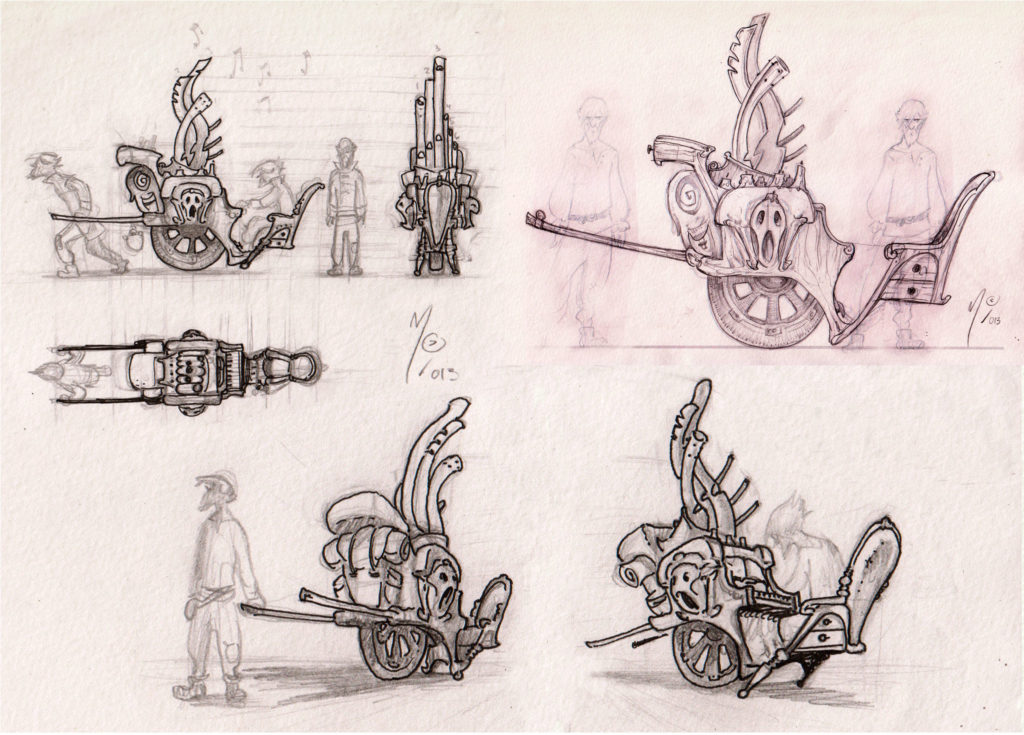 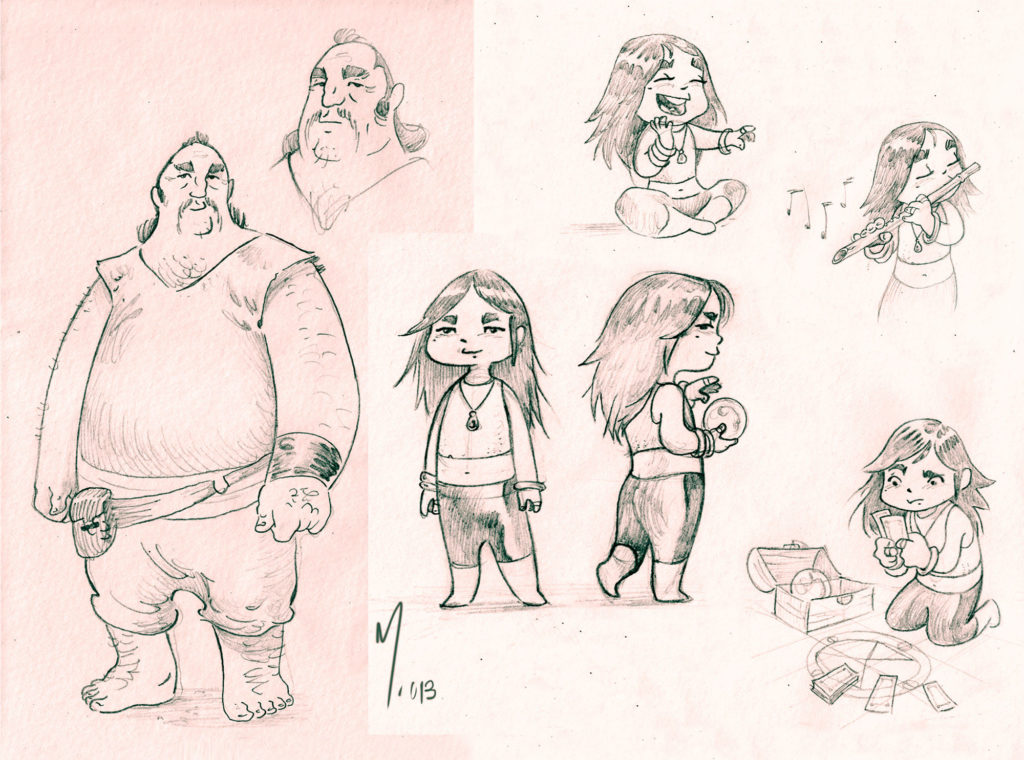 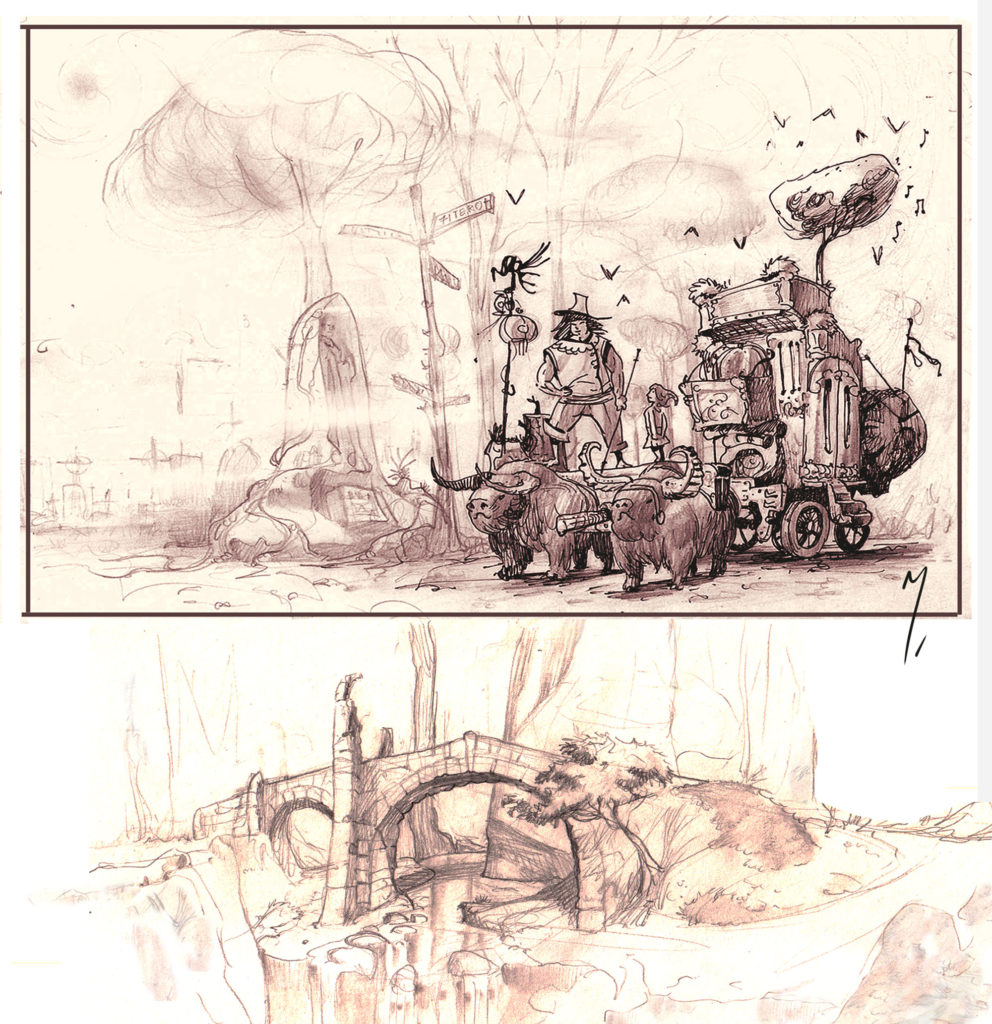 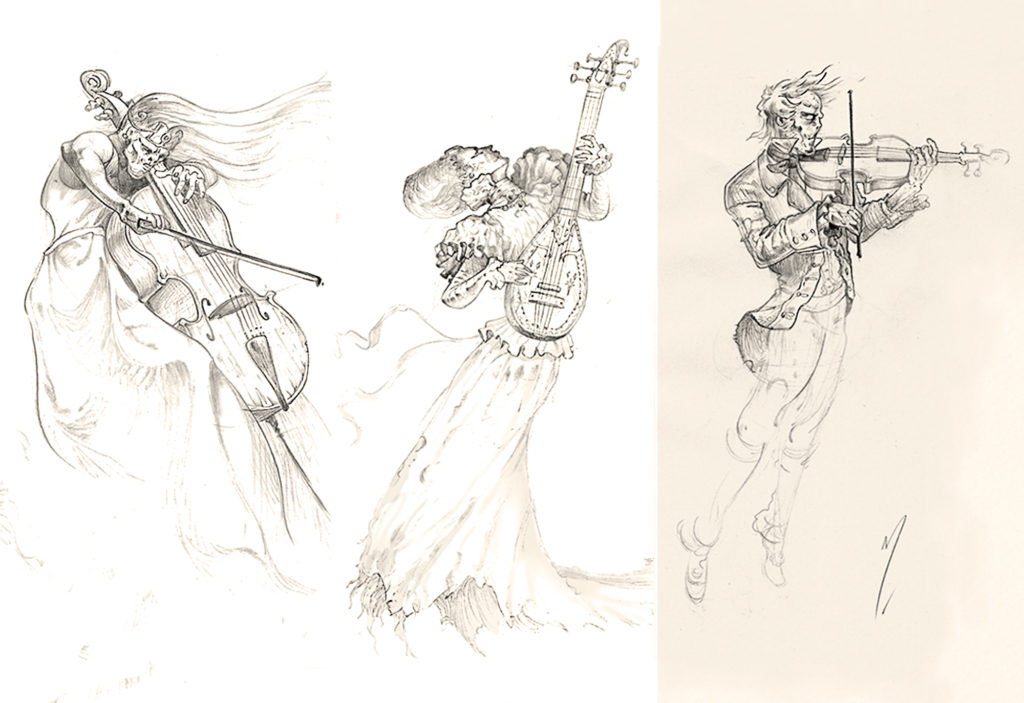 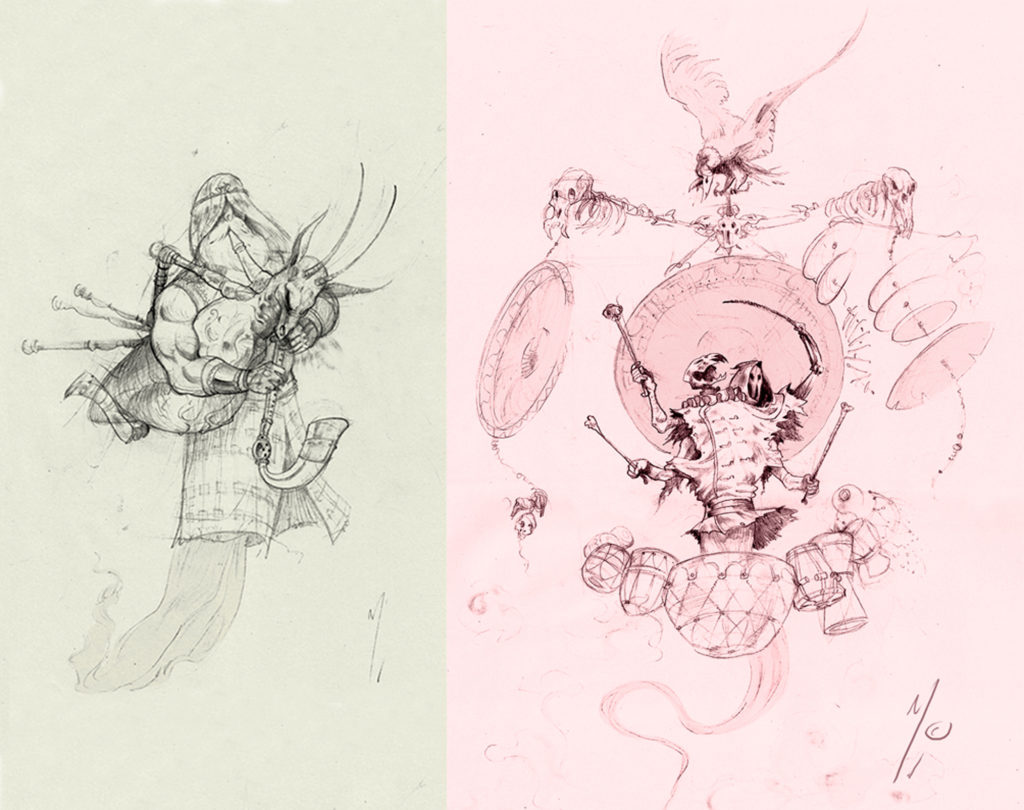 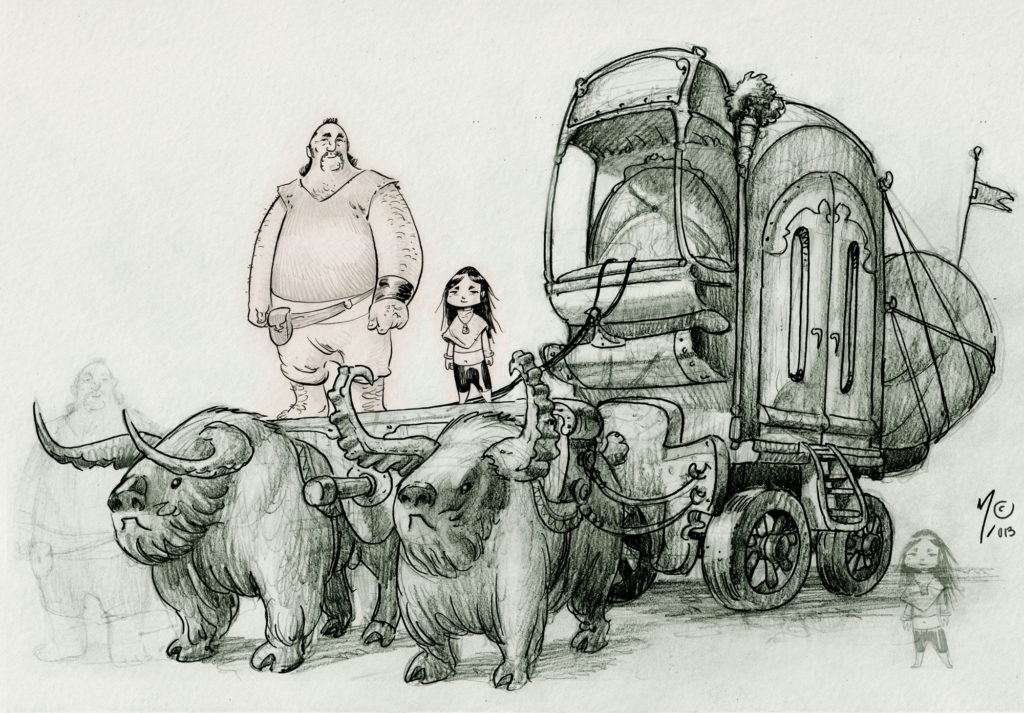 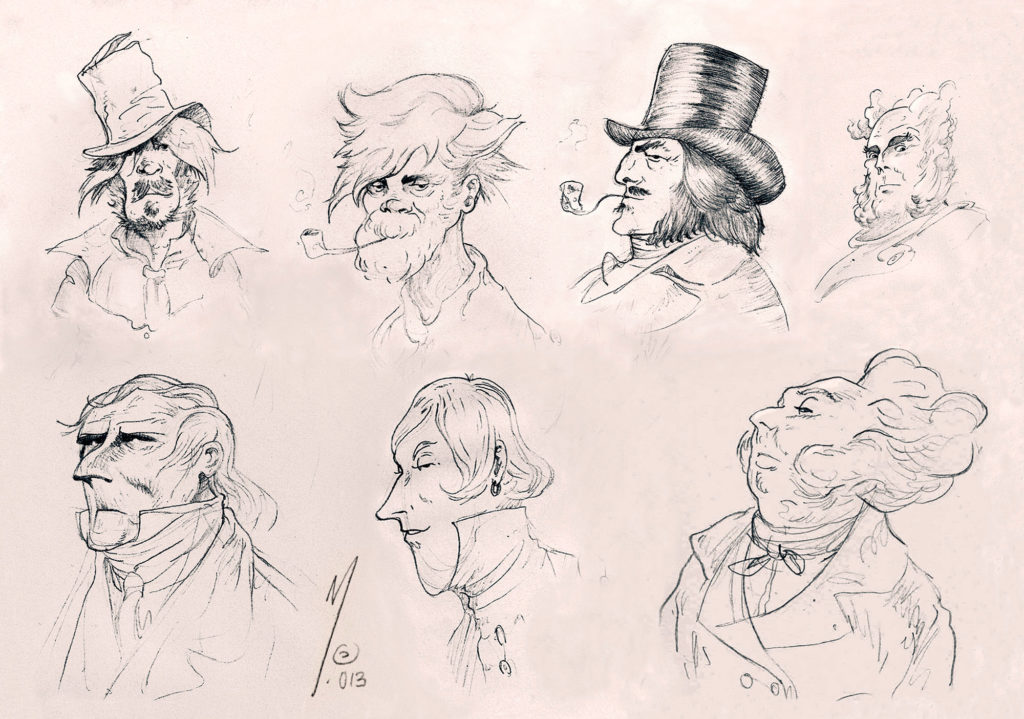 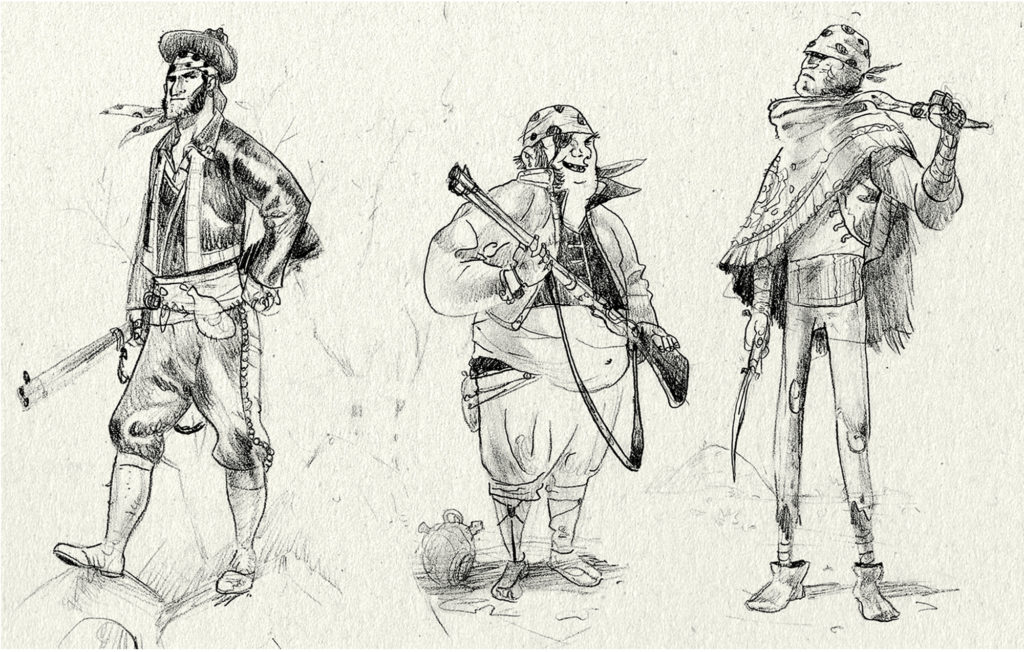 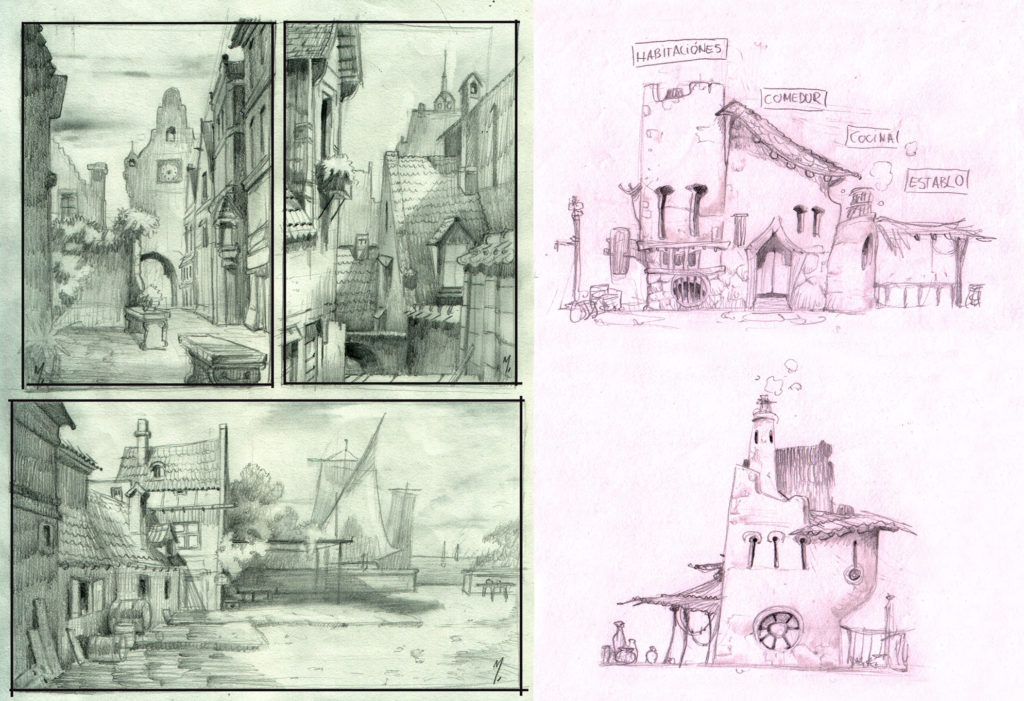 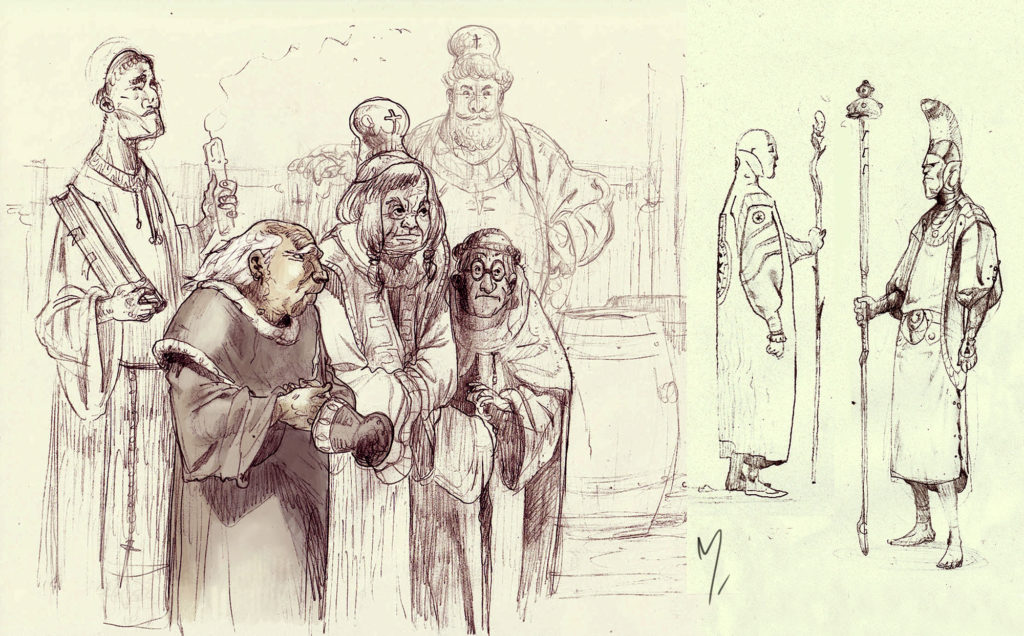 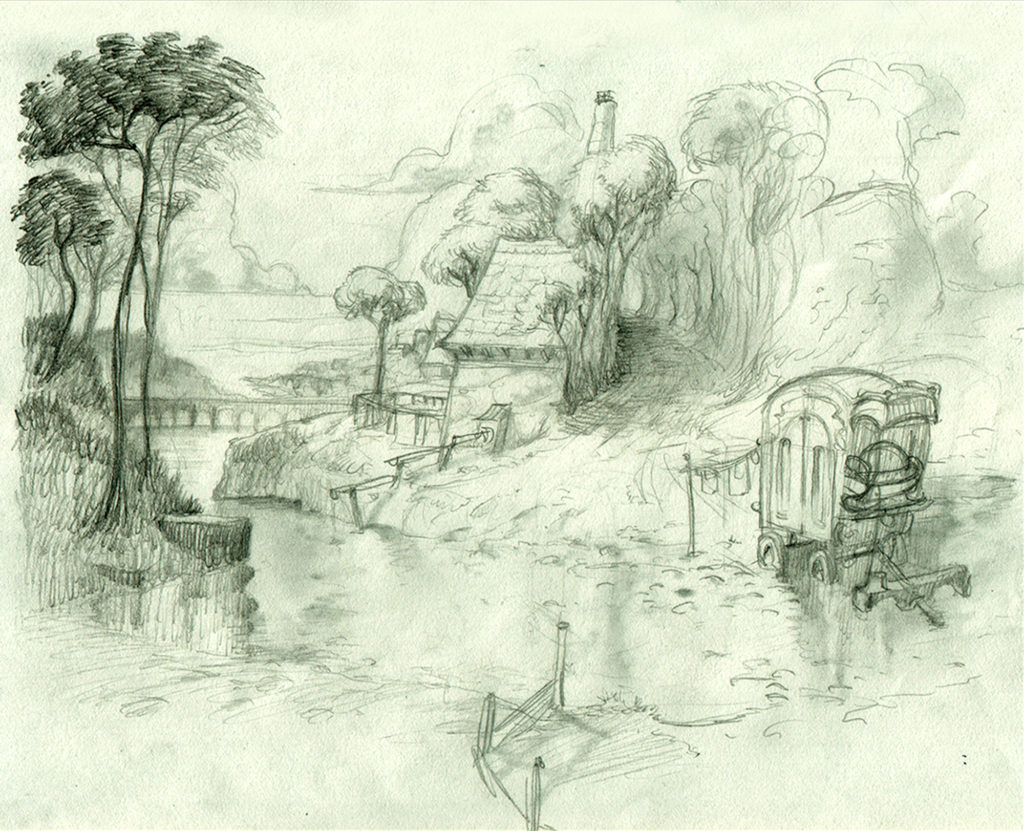 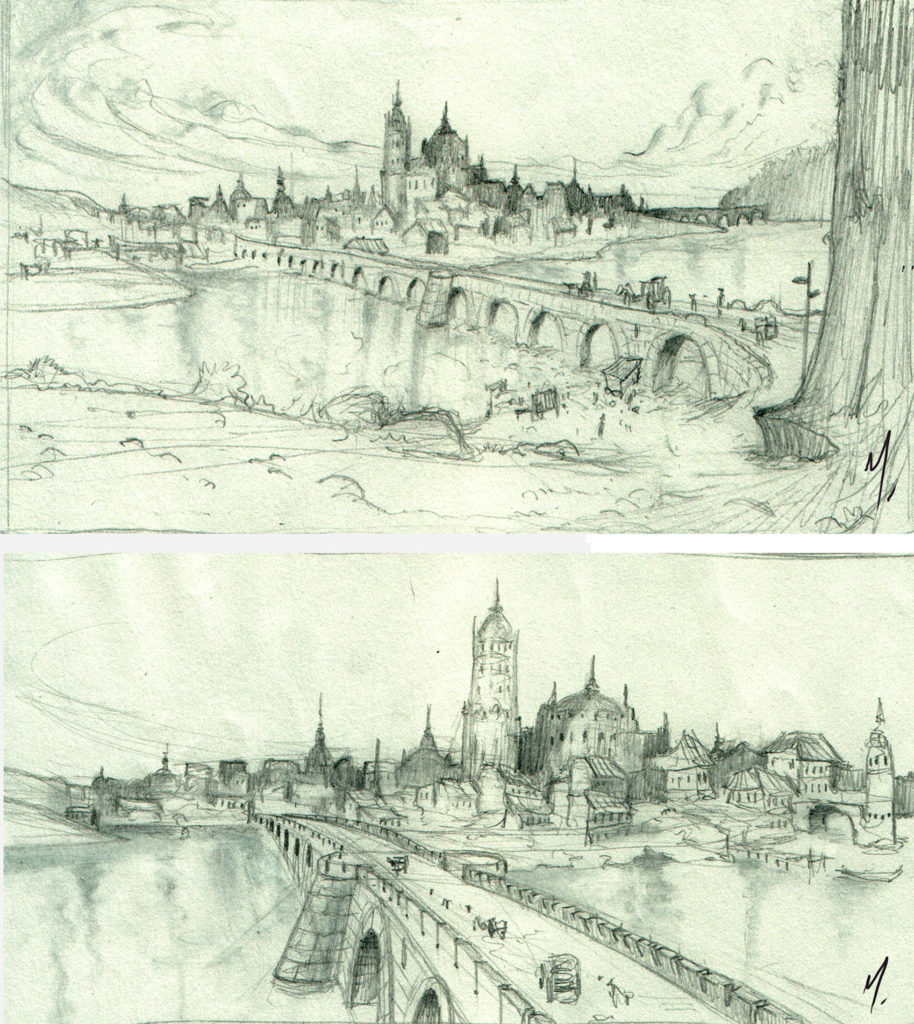 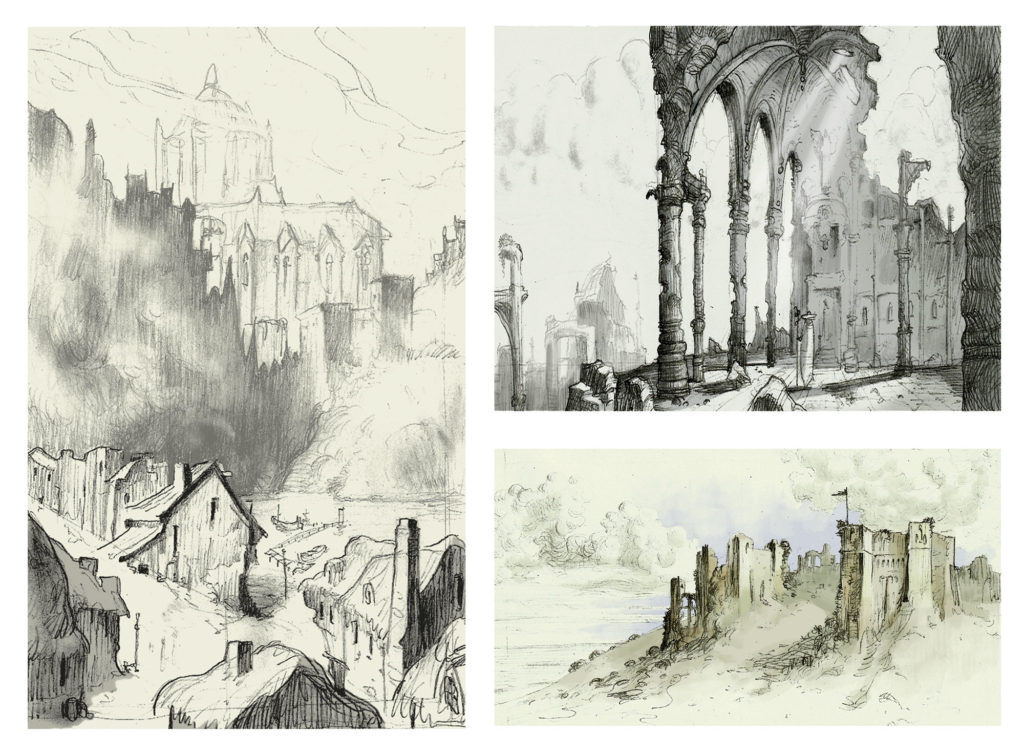 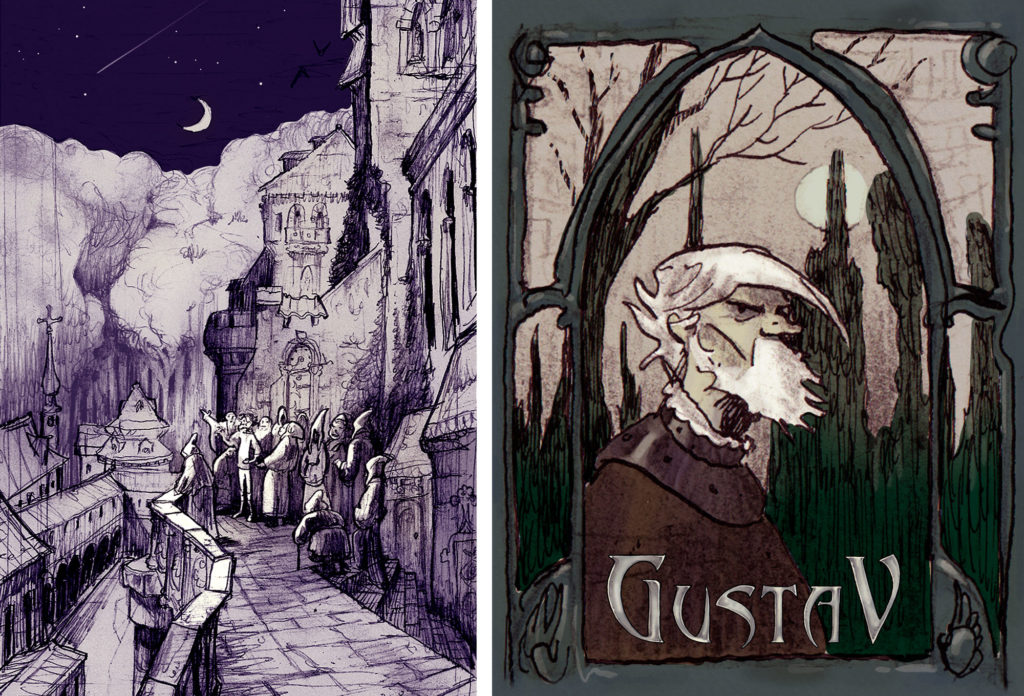 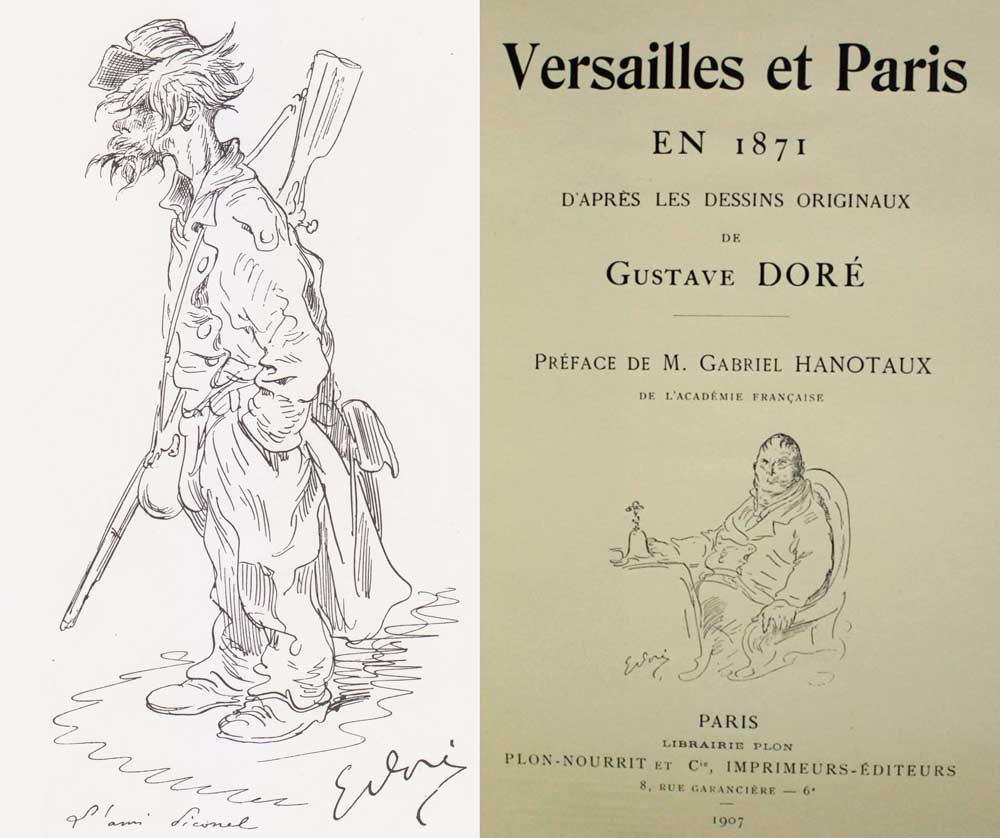